A frequent tax question related to life insurance centres on the transfer of a policy out of a client’s corporation. In this article, we will examine when a valuation of a policy is needed and what the Canada Revenue Agency (CRA) considers relevant in determining the fair market value of a life insurance policy, along with a case study to help you fully understand a variety of scenarios.

A transfer is a disposition of a policy, and there could be tax consequences to the transferor corporation under the special taxation rules for life insurance. These rules generally dictate the proceeds of the disposition on the transfer. However, people often forget that there could also be tax consequences to the transferee. In this latter circumstance, the fair market value of the policy becomes relevant and it is important to get a fair market valuation of the policy.

The fair market value (FMV) of a life insurance policy can be significantly greater than its cash surrender value (CSV). Even policies such as term insurance or minimum-funded universal life products that have no CSV can have a significant FMV. The FMV of a policy is a question of fact in each circumstance. The CRA has included the following factors as relevant in determining the FMV of a life insurance policy:

Let’s assume that the policy is a level cost of insurance universal life insurance policy that has a face amount of $1 million, an adjusted cost base (ACB) of $50,000 and a CSV of $100,000. John is now 60 years of age, 15 years older than when the policy was issued, and in good health. Five years ago he took up skydiving as a hobby.

In this situation, Company A would be deemed to receive proceeds of the disposition (PD) of $100,000. Subsection 148(7) of the Income Tax Act says the deemed PD are the greatest of the ACB, CSV and FMV of the consideration given by John to Company A on the transfer. John gave no consideration, so the PD are $100,000. Company A would receive a T5 for $50,000 and would have to include that in its investment income. 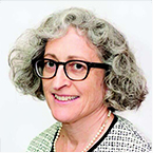 Company A would still have to determine the FMV of the policy, this time in order to declare the amount being paid out as a dividend. In our example, John would receive a $200,000 dividend and would pay tax on that amount at lower rates than on ordinary income.

If instead of John being the 100% shareholder of Company A, John had a holding company that owned 100% of the shares of Company A, the policy could be paid to Holdco as a dividend in kind. This would still give rise to the same tax consequences for Company A (a T5 for $50,000), but the dividend may be a tax-free intercorporate dividend because Company A and Holdco are connected corporations.

However, Company A’s accountants would need to consider that in order to be tax-free to Holdco, Company A would have to have sufficient “safe income” to make this distribution. Safe income is a complex calculation essentially representing the company’s retained earnings from the beginning of time adjusted for tax. If Company A did not have sufficient safe income, the distribution would be taxed as a capital gain in Holdco and not as a tax-free dividend.

What about situations in which a company is being wound up or dissolved? When property is transferred out of a corporation to an individual shareholder on the dissolution of a company, the Income Tax Act deems a dividend to arise. Based on prior CRA commentary, it is unclear which subsection governs the tax consequences to the corporation on a winding-up dividend, but our administrative position assumes subsection 148(7) would apply. In this example, Company A would receive a T5 for $50,000, and John would receive a dividend for $200,000.

In the real world, one common problem often arises when winding up a corporation: the legal documents are filed to dissolve the company with the province without dealing with the life insurance owned by the corporation. In order to meet the requirements for dissolution under the Business Corporations Act of the province, all liabilities of the company must be paid and all property must be legally transferred at the time of dissolution. That is, the ownership of the policy must be transferred before dissolution. If this does not occur, the policy becomes an asset of the Crown. To be able to carry out a transfer to the shareholder at this point, additional steps are necessary.

Depending upon the province, a consent to transfer property confirming that the Crown takes no interest in the policy would enable the transfer of ownership of the policy to be signed by the former director/officer of the company. Manulife would require a copy of this consent to carry out the transfer.

In some provinces, a consent to transfer property is not provided as a matter of course. Where this is the case, another alternative is to have the company reinstated by the province, the transfer made by the company, and then the company dissolved. This alternative is more costly and complicated, and is sometimes not available as an option in certain provinces after a certain period. If consent is not given by the province, it may also be possible, where it makes sense from a cost, product type and insurability perspective, to allow the policy to lapse and apply for new insurance.

An ounce of prevention is worth a pound of cure. Include a status check on corporations that own policies in your review meetings with clients. Is the insurance in the right place? Is the company a going concern? Is there any intention to sell the company? This could give you a heads-up that a transfer out of the corporation might have to occur.